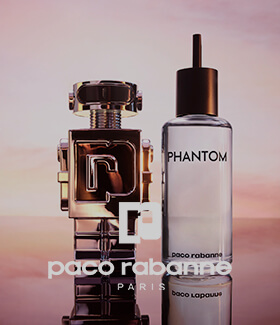 ₦50,000.00
Add to Wish List Add to Compare
Email
Skip to the end of the images gallery

Skip to the beginning of the images gallery
Product Description
Triumphant and masculine, the Paco Rabanne Invictus Eau de Toilette is an ode to the champion at the top of his game. Invictus represents a clash of powers and sensations, where biting freshness meets magnetism in a virile, enduring signature. It is the incarnation of the contemporary hero, a son of Olympus whose invincible success borders on the mythological. A god of the stadium who is first and foremost a man. The addictive, tactile fragrance takes flight with an invigorating marine accord, paired with the sharpness of grapefruit and aromatic bay leaf. Its other half is deeper and more seductive, revealing the unusual headiness of gaiac wood with ambergris and patchouli. Invictus is a true weapon of seduction for the hero whom nothing and no one can resist.
Product Specification
Delivery Options

The new way to shop. You can shop in a way that suits you, click what you want and collect at your next convenient time from the Dunes Center.

Rating & Reviews
Write Your Own Review